Shopping Cart
Your Cart is Empty
Quantity:
Subtotal
Taxes
Shipping
Total
There was an error with PayPalClick here to try again

Thank you for your business!You should be receiving an order confirmation from Paypal shortly.Exit Shopping Cart

This page is about my son Tor-Gunnar and his history around handling of the dogs. The page will have information and pictures about his handling in the competition "Barn og Hund", Juniorhandling and handling in "the adult show-ring".

My son Tor-Gunnar is born 27. January 1993 - and since he was born he has had dogs in his life. He has shown a big interessting and understanding for the dogs and I saw in a early stage that he was interessting in dogs.

As written above Tor-Gunnar has much interessting for our dogs and he is helping me a lot with them. He was debuting handling in the competition "Barn og Hund" - when he was around 6 years old with longcoated Collie. Already when he was so young he was showing that he had good harmony with different dogs independent of the breed.

In the competition "Barn og Hund" he has serveral nr. 1 placements..

When he was 10 years old he debute in "the adult show-ring" with a cavalier king charles bitch - called "Luna". Later the same year he was handling our friends Silje and Hallstein`s black pug - Pugbully Hot Stuff - aka "Oscar". He had a great handling with this dog - and the results was CAC and second best male. When he was 12 years - he competed in "Pair Class" in Sweden where he became nr. 3 with our dogs - Oscar and Sarah.

Tor-Gunnar has been training and handling our own dogs - and he have serveral times beaten me in the showring which he thinks is very great of course. As mum and trainer I was thinking that he had a big potential with handling. He has many good qualities - and we are worked regularly with the handling so he could be aware his bad sites and tried to get his good sites better. I think it was very exciting and interessting to follow his journey and see how he was growing with the dogs and the handling.

In 2006 he was qualifed to the Norwegian Championship in Juniorhandling. At that time he decided not to go there because he wanted more excperience and to learn more about Juniorhandling before he could take the big step into this Championship.

This picture shows Tor-Gunnar and Sarah in the competition Juniorhandler on Norwegian Kennel Club`s International Dogshow in Stavanger, September 2007. He was picked out between the five best Juniorhandlers!!

The judge wanted the Juniorhandlers to change dogs - this so the judge could see how they were with dogs they didn`t knew.

It`s important to listen carefully after what the judge is telling them.

This picture is taken from the Juniorhandler finale where Tor-Gunnar was placed at nr. 5. He was glad over the placement and for the excelent critism he had frome the judge. The girl who stands to the right for him was placed at nr. 1 - she walked in the finale with our Sarah. Our precious Sarah helped this clever girl to win this day - a big congratulation to her

This picture is taken on a National dogshow in Leknes, Lofoten, August 2007. He`s handling Sarah in "the adult show-ring" and he was doing this great with fantastic showresults -

BEST OF BREED with CAC!!

This picture shows Tor-Gunnar and Oscar when he won the FIRST PRICE in the competition "Child & Dog`s" - 04th. August 2007.

On Norwegian Kennel Club`s International Dogshow in Tromsø Oct. -06, Tor-Gunnar competed in the competition Juniorhanding where he showed Sarah, and he was placed as nr. 4.

With this placement he get qualified to the Norwegian Championship in Juniorhandling 2006!! I was so proud of him!!

The picture is showing Tor-Gunnar and Sarah in the competition "Child & Dog`s" on a National Dogshow in Bjerkvik, September 2006. He was showing her on 2 competitions this weekend and on the both he became nr. 1!!

They are a fantastic winning-team together!!

This picture shows Tor-Gunnar, Oscar and Sarah when he competed in the competition "Pair Class" in Sweden (2005) - he became nr. 3!

This picture shows Tor-Gunnar when he was handling our female, Denise, on a National Dogshow in Narvik, 2006. Behind him - me and Sarah.

On this show he beat me and get CAC on the little rascall!!

This picture is showing Pugbully Hot Stuff - aka "Oscar". We can only see Tor-Gunnar`s feet behind the black pug. He was handling this handsome gentleman on a National Dogshow in Tromsoe and the results became second best male with CAC. 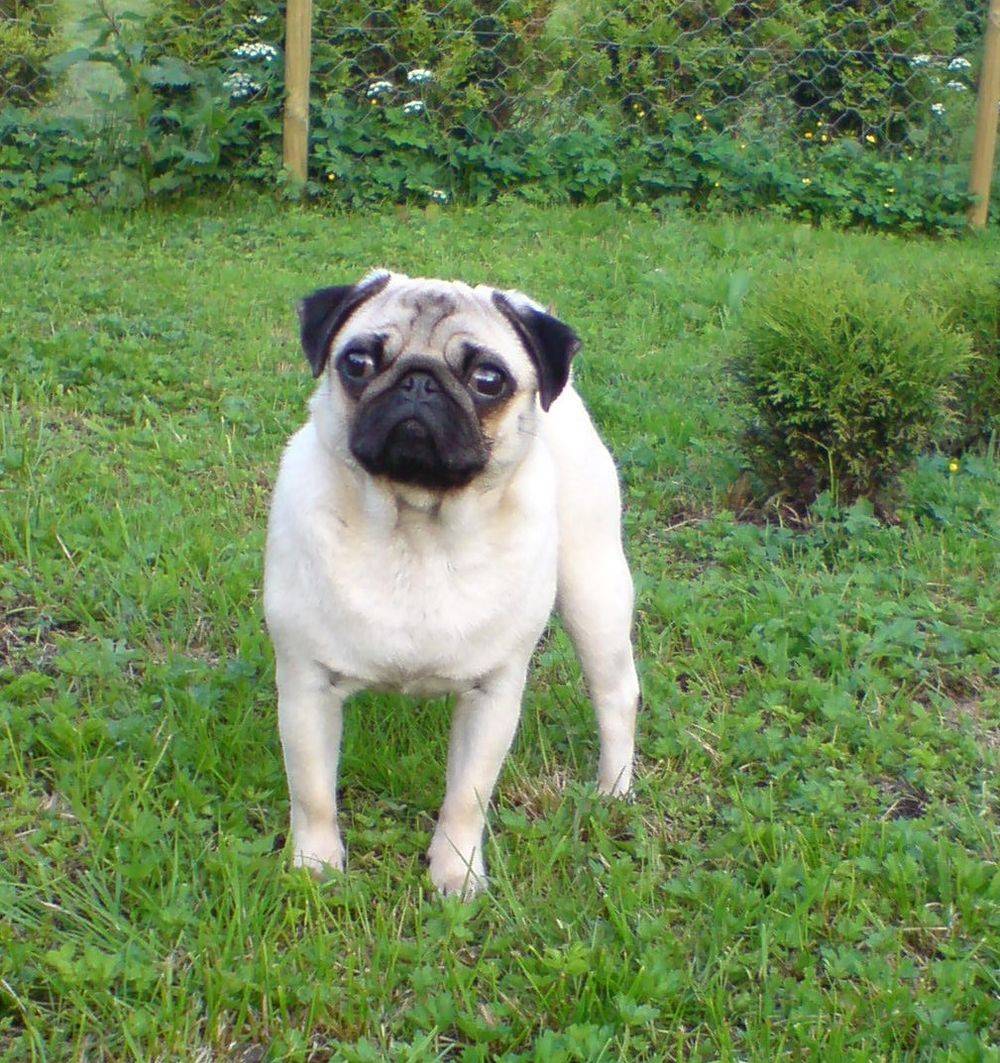 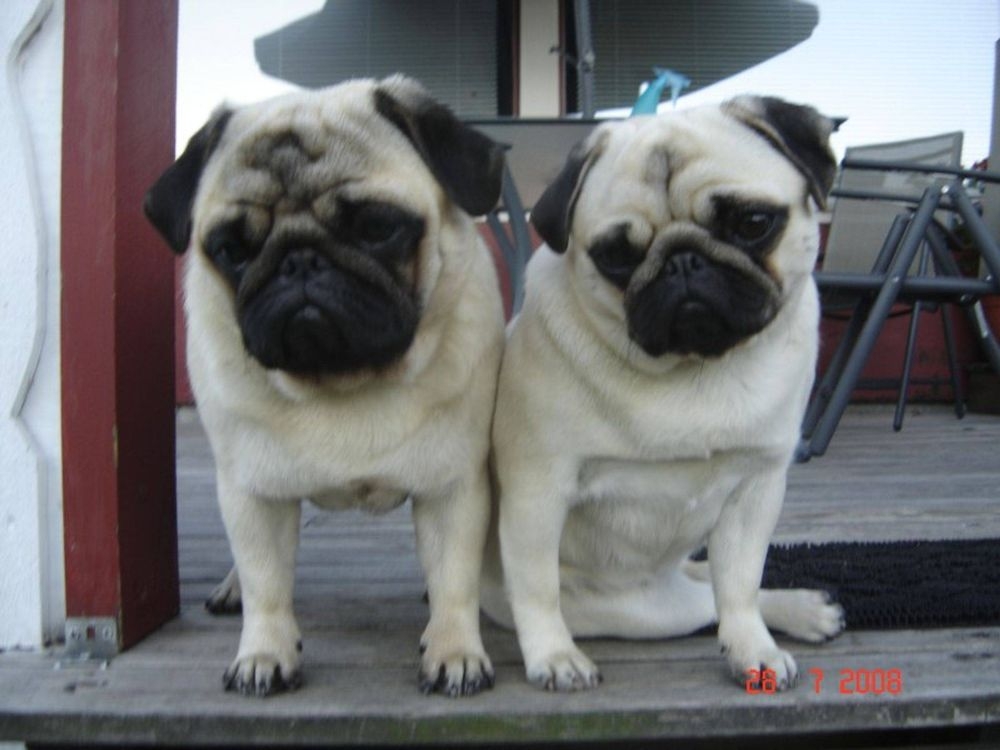 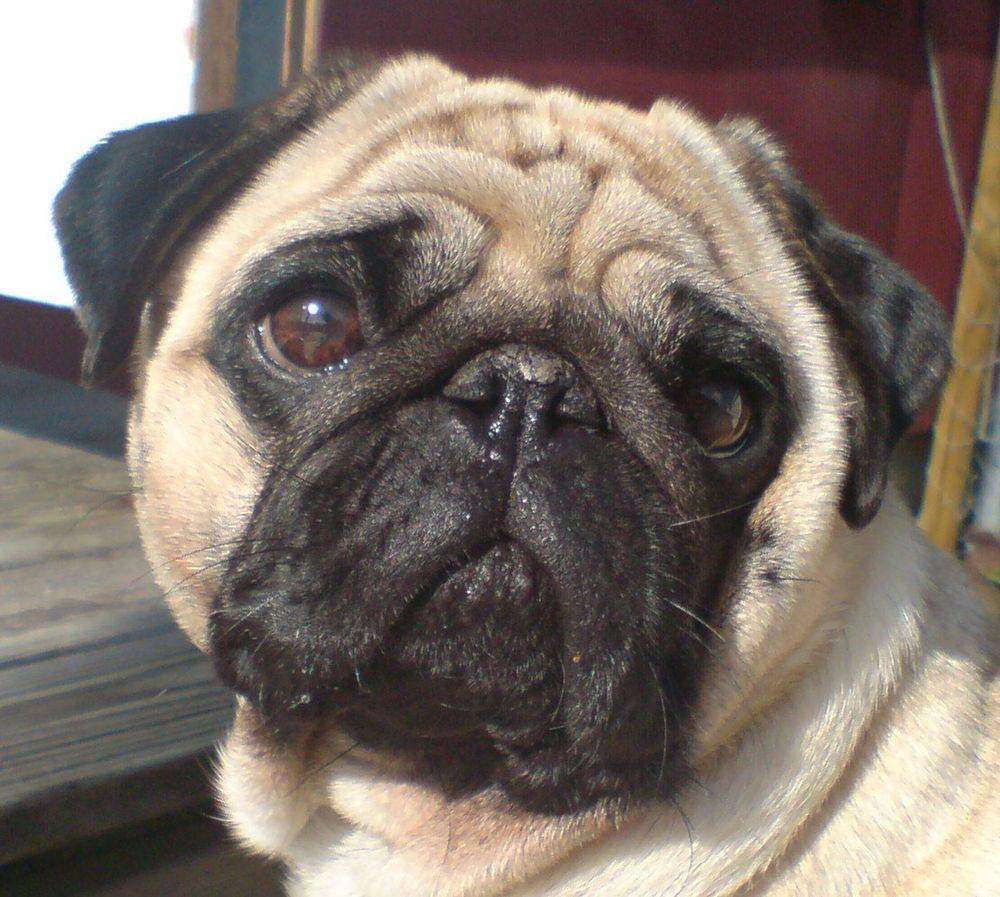 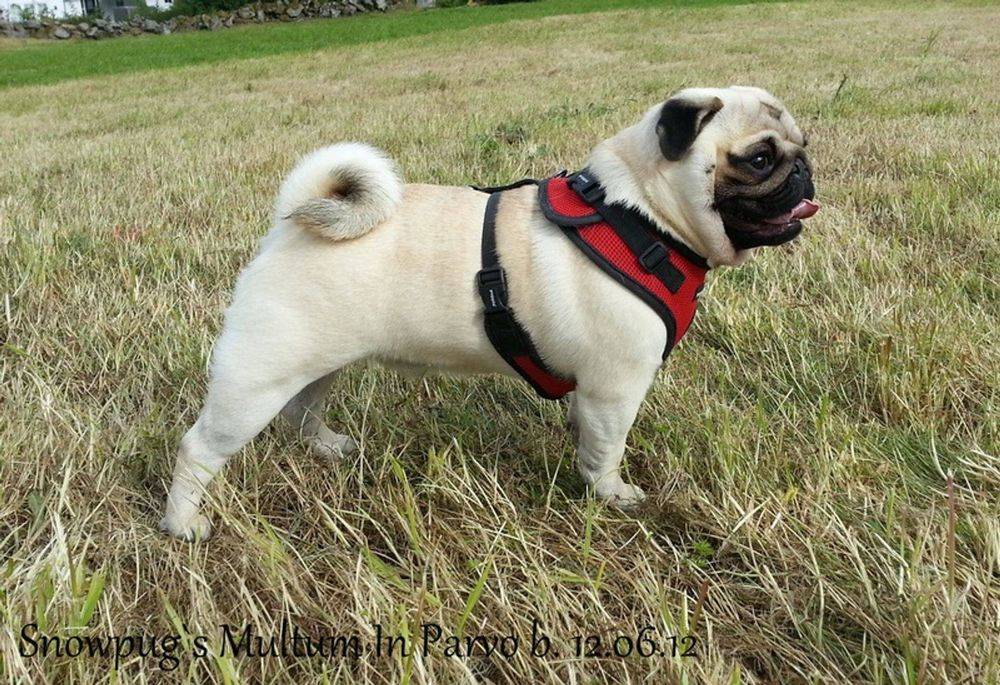 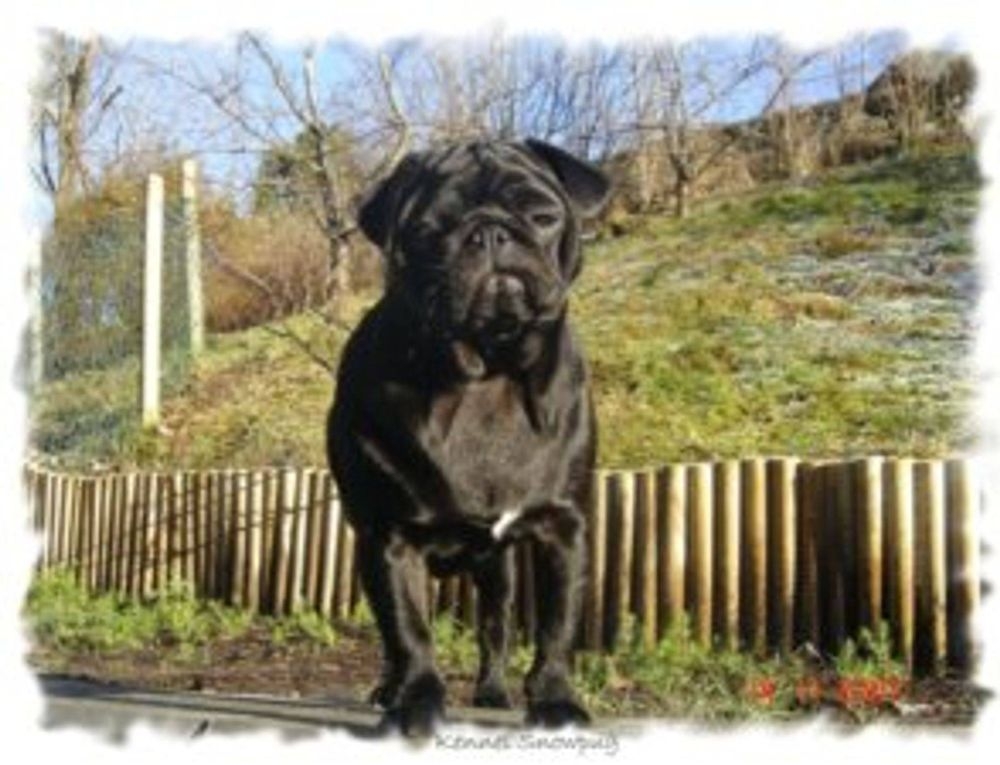 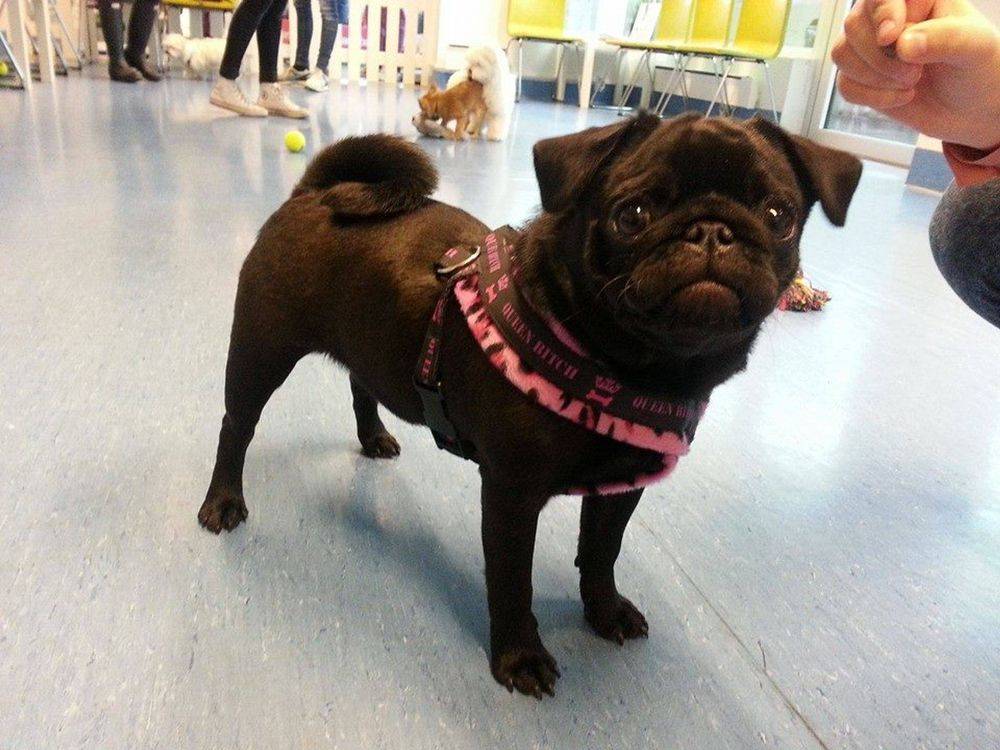